Google “Baba Vanga” and you will get almost three million English-language hits that link to sites and posts about this legendary Bulgarian. Baba (or Grandmother) Vanga became famous in her lifetime (1911-1996) and continues to capture the imagination of Bulgairans and a global (virtual) public who revere her as psychic, seer, healer, saint, and prophet, or revile her as charlattan, spy, or medium for “demons”. But Vanga has far more fans than naysayers, who continue to circulate her predictions and prophecies–on everything from 911 and the CoronaVirus to the war in Ukraine.

Baba Vanga was born in 1911 in the Ottoman Empire in a town called Strumica, now part of North Macedonia. In 1941 she moved to Southwest Bulgaria, where she lived for the rest of her life in the villages of Petrich and later Rupite. Blind from an early age, Vanga came to be known as a seer or prophet and a healer during the WWII and her fame grew in the postwar period within the confines of communist Bulgaria (1944-1989). During this period she began to receive 1000s of visitors and letters each year from eager supplicants from around the world. This only increased when the Bulgarian communist state established the Institute of Suggestopedia in 1966 to study her and other Bulgarian psychics.[1] State officials also began to charge her many visitors a fee, as they carried out crowd control and presumably surveillance over the daily crowds. In a sense, Baba Vanga began to represent an alternate source of knowledge and power, arguably more credible than the communist state, whose own leaders and elites also turned to her for counsel in the 1970s and 1980s. In the post-communist period, her fame spread even wider as state control softened in Eastern Europe, borders opened, interest in alternative spirituality increased, and new technologies (like the internet) emerged.

GDIL’s Vanga team is taking an interdisciplinary approach to study of the Vanga phenomenon in its national, regional, and global context from the Cold War era until today. We are interested in how and why Vanga became a phenomenon by the mid-20th century, a period when psychics and the paranormal became objects not only of public fascination, but also of scientific study and state attention. We are also exploring Vanga’s changing place in religious rhetoric and practice, namely her relationship to the Bulgarian but also Russian Orthodox Church. By juxtaposing scientific and religious understandings of Vanga, our research promises to contribute to the history of disinformation and alternative constructions of truth. Our faculty-student team is interested in how specific sources of belief or “knowledge” emerge, gain credence, or lose followers and how these processes connect to (or counter) structures of power and legitimacy—official or unofficial. As the existing scholarly work has shown, there is a strong correlation between disinformation and “delusional” belief systems—such as belief in the supernatural or paranormal.[2] Among other things, we are tracking how Baba Vanga continues to be used as an instrument for spreading disinformation in Bulgarian, Russian, English (and other) international popular media.[3]

In order to scaffold our understanding of Vanga’s afterlife on the web, we are tracing the history of her life and times. We are particularly interested in connecting the Baba Vanga phenomenon to the larger field of psi research in Eastern Europe and how it was tracked and mirrored in the US in what historians have dubbed the “Psychic Wars.” The three biggest players in the Easteren Bloc were Bulgaria, the Soviet Union and Czechoslovakia who collaborated, shared research, and hosted international scientific conferences on parapsychology. Americans were fascinated by this work behind the Iron Curtain and many traveled to the region to bear witness to psi phenomena, and share their findings with eager publics back home.[4] The US has a long history of fascination and scientific engagement with psi phenomena that accelerated in the shadow of Cold War competition. Our team is following the many global threads of this history, looking at everything from archival documents, to memoirs, to an array of published or online sources in a wide-range of languages.

For example, one team member is looking into the ways that Czechoslovakia played a surprisingly large role in the psychic theater of the Cold War. This role became less surprising, when we discovered that Czechoslovakia began researching parapsychology well before the communist period. Significantly, there was a long history of scientific research in this field in the Czech lands from Rudolph II’s 16th-17th century court alchemists to frequent parapsychology conferences and paranormal experiments at Charles University during the interwar period. This backhistory was later used by Czech scientists and foregn observers to legitimize or contextualize the Communist-era study of parapsychology. In this period, however, its practical implications were emphasized and the term “psychotronics” was introduced to distance the field from spirituality, or pre-WWII parapsychology research.[5] Interestingly, in the 1960’s American observers in Czechoslovakia (as in Bulgaria) were shocked by the widespread acceptance that research and discussions on parapsychology had from both the scientific community and the public.[6]

Czechoslovakia drew our interest not just because of its pivotal role in psi research in the Eastern Bloc. There are hundreds of letters to Baba Vanga from the 1960s and 1970s from Czechoslovakia, now housed in the Bulgarian Central State Archive in the files from the Institute for Suggestology. Upon closer inspection, however, we discovered that virtually every letter written to Vanga from this collection was from Slovakia. A disproportionate interest in Vanga between Czechs and Slovaks still exists today. A Google search for “Baba Vanga” on websites hosted in Slovakia has nearly 31,000 results. But although there are nearly three times as many Czech-hosted websites, the same search on .cz websites yields just 24,000 results. These preliminary findings together suggest that more than one paranormal knowledge community existed (and exists) simultaneously within Czechoslovakia (or Czech Republic and Slovakia). This disparity suggests that there is much that may be learned researching how power and knowledge operated under and after state socialism in disparate contexts.

Another area of interest is Baba Vanga as a religious “Icon”–as seer, prophet, or saint– who operated outside of the purview of the Bulgarian Orthodox Church, which was both repressed and coopeted by the state under communism.[7] The Communist Party of Bulgaria, like its counterparts across the Bloc, was fixated on the goal of its population “overcoming” religion and all forms of superstition. Vanga, as a self-proclaimed Orthodox Christian and cult figure, employed decidedly non-canonical spiritual practices that were often aligned with long-held folk beliefs and rituals, or what scholars have dubbed “lived” or “everyday” religion.[8] Namely, the organization of practice around domains of life where sacred things are being produced, encountered, and shared.[9] Vanga’s open-ended relationship to God and role as “medium” attracted a large number of pilgrims from all walks of life and creeds, with an especially large following within socialist Eastern Europe (including Yugoslavia).[10] As such she posed a challenge, if not threat, not only to the state, but to the Orthodox Church under communism.

Since the collapse of communism in 1989, however, it has been the church, rather than the state–who is most concerned with Vanga and her legacy–her hold over the hearts and minds of Bulgarians and others. Since Vanga did not draw legitimacy from the church, she represented a kind of undisrupted chain of “truth” to which the Bulgarians–along with international followers–could turn. Team Vanga is currently exploring Vanga’s place in Bulgaria’s complex religious history, but also how she resonated or chafed against other religious traditions–such as regional mystical or occult practices or Russian Orthodoxy. Indeed, Vanga is particularly well known and revered in Russia, but there, like Bulgaria she is anathema to official religious institutions. Our team endeavors to use some of the concepts and tools of religious studies to understand the Vanga phenomenon. We aim to discern the extent to which belief in Vanga exploits or circumvents traditional boundaries of belief and practice to create unique belief-truth- information networks that have persisted and even grown since Vanga’s death. 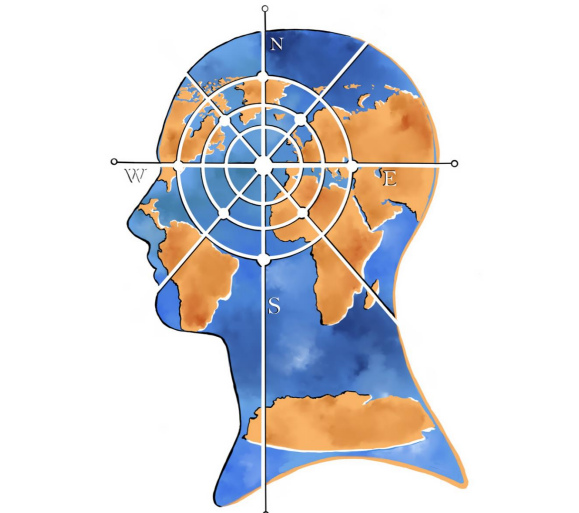